Mlion Corporation’s MD Eric Leong explains how the foundation steel solutions supplier has built a solid reputation over the last nine years and is now poised to expand further.

THINK young, Singaporean entrepreneur at work and the image conjured up is far likelier to feature someone in a snazzy office with multiple screens, than in a yard with stacks of steel piles and pipes.

But Eric Leong, 34, is the latter sort of entrepreneur, debunking startup stereotypes with Mlion Corporation, the foundation steel solutions supplier that he co-founded in 2011.

In his experience, aspiring local entrepreneurs typically lean into the buzz of sectors like tech, finance and fintech, side-stepping more industrial lines of business. “I find it a shame that many shun such industries thinking there aren’t any prospects or a future. To me, it is in these sunset industries that we can lead the greatest change,” says Mr Leong, the managing director of Mlion. 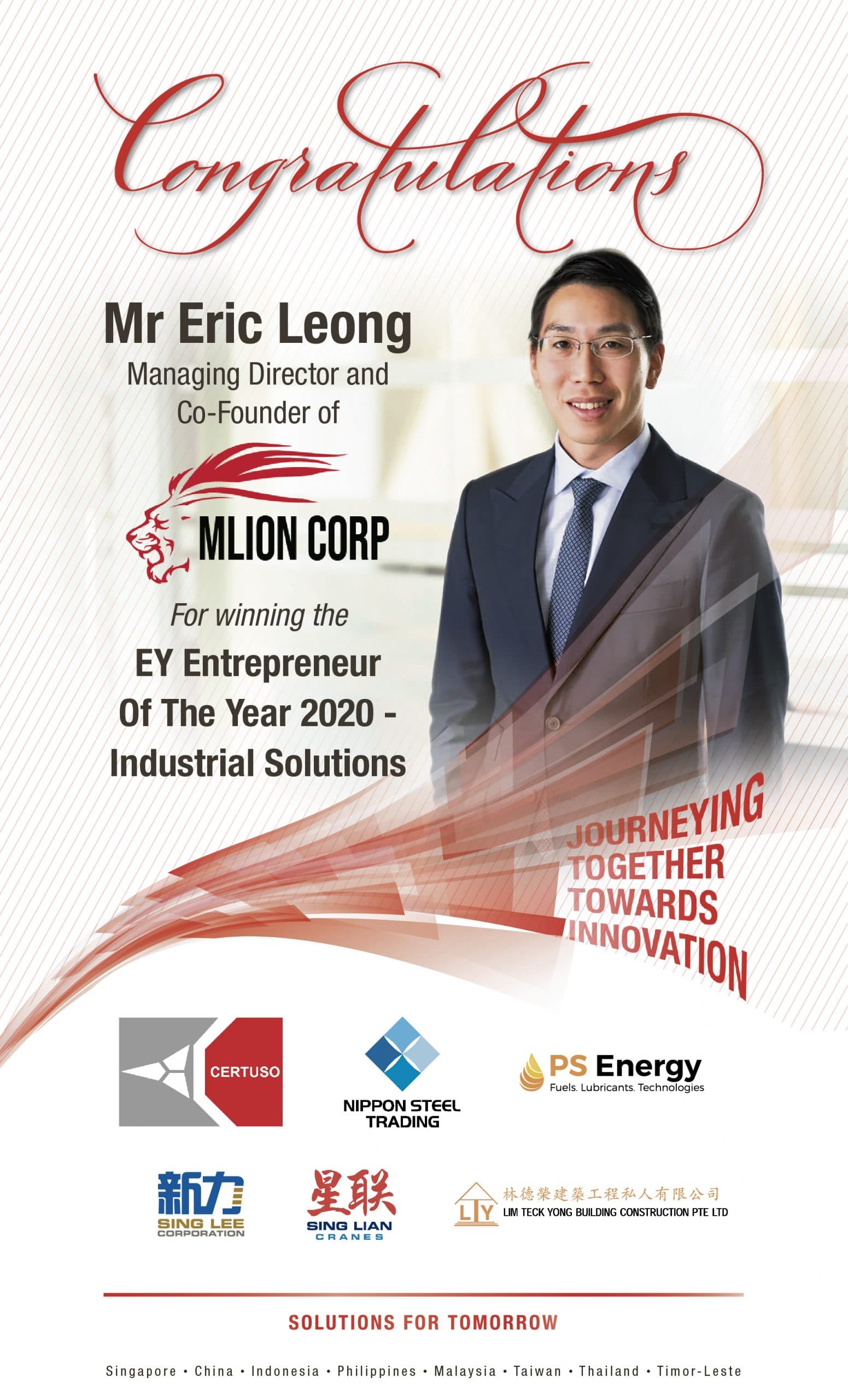 For him, leading change meant leaving his job at an established steel company at the age of 26 to start Mlion with two others. In the nine years since, as managing director, he has led the company to set up offices in six overseas markets, growing its annual revenue to US$65 million.

That pace of expansion secured Mlion a spot on the Financial Times’ ranking of 500 high-growth companies from the Asia-Pacific region in April. It was ranked 295th overall and 11th in the industrial goods category.

The potential for growth was clear to Mr Leong, even back in 2011. “I noticed an emerging and growing trend – that Asia was fast becoming a production powerhouse for steel,” he shares. There was a gap to fill.

“I was working for a European group and found it difficult to sell its products in Asia. Their prices were not competitive and the lead time and shipment cost made them even less so,” he remembers.

His belief that regional factories could, with guidance, provide good-quality steel to regional customers at better prices, coupled with growing frustration at his former company’s lack of regard for the customer’s interest, pushed him to start Mlion.

“We like to call ourselves a solutions provider simply because we don’t want to be branded as a ‘supermarket’ type of steel store,” he says. It focuses on waterfront and underground construction projects across Southeast Asia. “We supply steel material to build bridges, ports, harbours, jetties, reclamations and river and flood control. Likewise, we also cover the underground construction market – tunnelling, train networks, water networks, sewers.”

With multiple large infrastructural projects under its belt today, including its largest order yet – 24,000 tonnes of steel coils for a Davao Water City pipeline project – Mlion’s early years seem distant.

NOT TAKING NO FOR AN ANSWER

The potential may have been clear but realising it was far from easy. Mr Leong and his co-founders Sean Cheong and Leong Liem Seng – all engineers by training – put up their own start-up capital with no external help. “The trust of the factories was extremely vital as they provided much-needed support in payment, to support us in our growth,” Mr Leong says.

Project sums are large, which has made prompt collection of payment challenging at times. When an Indonesian client had trouble making payment for one of Mlion’s earliest orders, Mr Leong recalls taking a ferry to Batam every day for nearly a month, just to sit in his customer’s office from 9am till 4pm in a dogged bid to get paid. Meanwhile, they were racking up charges for keeping the cargo in Singapore’s port. “Thankfully, we were paid in the end.”

Then, there was the fight to prove Mlion’s worth. “As a small company, it’s inevitable that we were always bullied by the ‘goliaths’ in our industry,” notes Mr Leong. “We were constantly told to stay out of projects, or to drop certain enquiries. I am not someone who takes no for an answer.”

On this front, time helped. “Over time, they could feel the difference in our approach,” he says. “We listen and take time to understand what our customers want, and we work with them to provide a customised solution. There is a lot of value-adding work that we do when we discuss with owners and consultants on the best method of construction and technology used.”

What also helped boost credibility, ironically, were their failures and mistakes. For instance, Mr Leong tells of how Mlion once undertook a pilot project for Hong Kong’s MTR involving a trial technology. Because it was a trial, specifications were not well-established. After installation, the customer found that though the steel pipes met the stated requirements, they did not provide sufficient accuracy for the project’s needs.

“The pipes had already been paid for; we could have easily walked away and put the blame on poor design. However, we chose to sit down with the client and figure out a way to solve the problem,” says Mr Leong. In the end, the first batch of pipes were scrapped, a quarter of a million dollars lost, and the pipes had to be made again.

“Nevertheless, we felt the conviction to help our client and we did so,” he says. It paid off. The project was a success and Mlion has continued to supply that solution to Hong Kong. “What’s more, when LTA (Land Transport Authority) in Singapore had a similar requirement, the ‘school fees’ we paid in Hong Kong gave our Singapore clients the confidence to place the order with us.”

Mr Leong’s first taste of the hard work and dedication it takes to grow a business came with his first foray into entrepreneurship while pursuing his Mechanical Engineering degree at Nanyang Technological University. As a cyclist, he had found the BMX bicycle market to be underserved by existing distributors and started contacting companies directly about distributing their products. He sold it after two years to focus on his studies, but it gave him a taste for the “something different” he seems to hearken after.

His first job post-graduation was as a management trainee at McDonald’s. “I wanted something different from a standard engineering job,” he says. It was thanks to a family friend, who was hiring salespeople for his steel company, that Mr Leong “jumped from selling burgers to selling steel”.

But the leap from steel sales to steel business owner was the bigger one. He may have started and sold a business while at university, but his parents had never been enamoured with the idea of their son taking on such risks. He thinks it has to do with his grandparents’ failed attempt to run a business in the 1960s.

SUPERCHARGING GROWTH ACROSS THE REGION

No doubt the global pandemic would have stirred up such worries again. But, the Covid-19 pandemic has not actually derailed Mlion’s plans, which factored in an economic slowdown long before crisis broke out. “We have been prudent in our expenses and kept our team as lean as possible,” says Mr Leong.

“There is the possibility of slow recovery and economies struggling to find their feet. This will not encourage private spending and economies will not have sufficient firepower to grow either. Since our market is in infrastructure, we may be adversely affected,” he acknowledges.

So far though, their suppliers have not been severely hit. “We are closing our year with our highest revenue to date and it’s quite possibly our best year on record thus far.”

Mr Leong is even “cautiously optimistic” about outdoing the current financial year in 2021.

The company thus continues to look out for new technologies and products to broaden their product mix. “As we expand further into economies and have a unique niche customer base, many suppliers will find our channel a valuable asset that they can tap into to access the region.”

For instance, they have been approached by companies in Europe and the Middle East hoping to market products in South-east Asia.

Mr Leong knew from the get-go that Mlion (pronounced “Merlion” and chosen to reflect its Singaporean roots without infringing the Singapore Tourism Board’s trademark) could not survive on the Singapore market alone and needed to be across South-east Asia. That meant tough decisions such as moving to the Philippines right after his second child was born, because Mlion had just set up the office there.

More than half its total headcount – 20 of its 35 staff today – are based in its offices in the Philippines, Malaysia, Indonesia, Thailand, Timor Leste and Taiwan. Having staff on the ground in the countries it operates in allowed Mlion to function without much disruption even as travel ground to a halt. But it did slow regional expansion plans.

That is, until Mr Leong decided in May that they were not about to be held hostage by circumstances. “We decided to migrate all our training online and hire, train and expand our regional offices completely via the Web.” By June, new employees were already being trained online and expansion in Indonesia, Thailand, East Malaysia and Taiwan resumed. Mlion is also eyeing Cambodia, Laos and Myanmar – all of which Mr Leong sees strong potential for growth in.

In fact, it is with an eye to “further supercharge” Mlion’s growth to cover all of South-east Asia, that the company will be looking for external funds “in the very near future”.

It has already been approached by private equity players and is looking for investors who would be aligned with its long-term vision, according to Mr Leong. An initial public offering (IPO) is also being explored as a five-year goal – with Hong Kong, Shenzhen and Singapore as possible options.

For now, the aim is to continue to expand across South-east Asia. Mr Leong says: “Once we have the region covered, I would think that we can grow globally. Who knows, we could be as big as a Trafigura one day!” 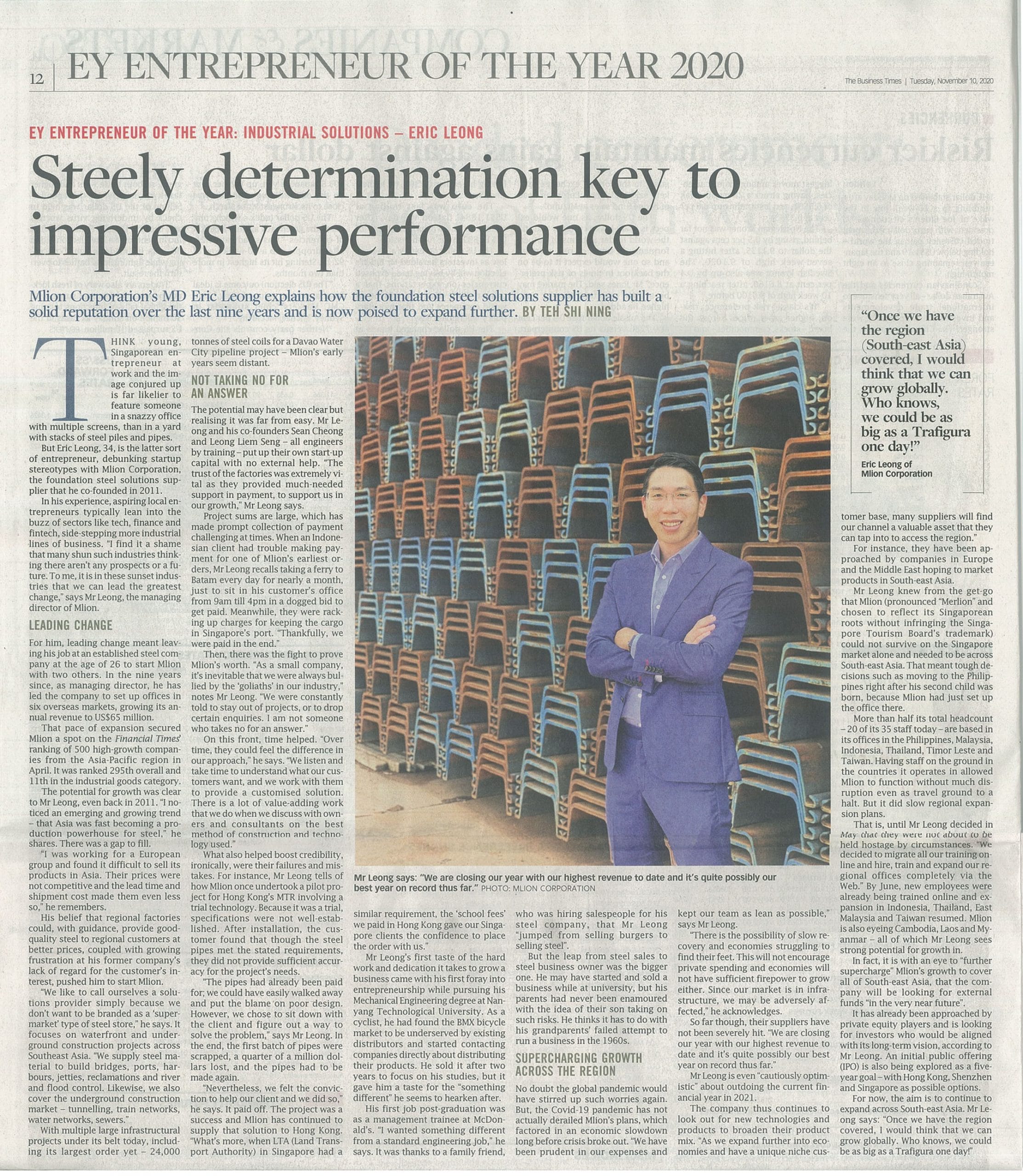 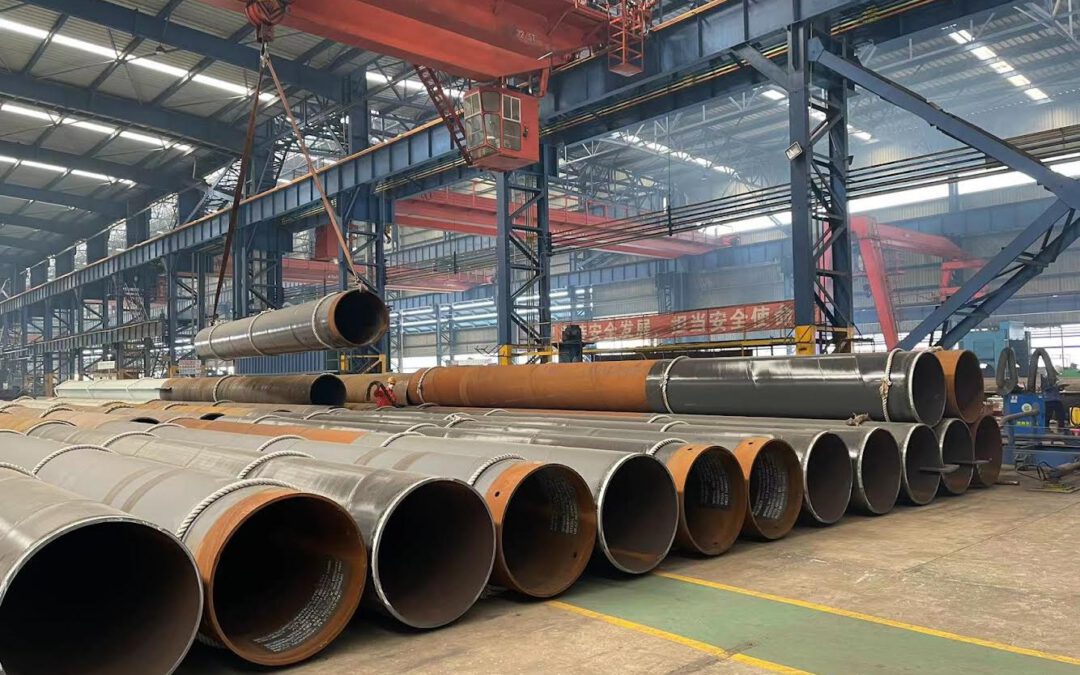 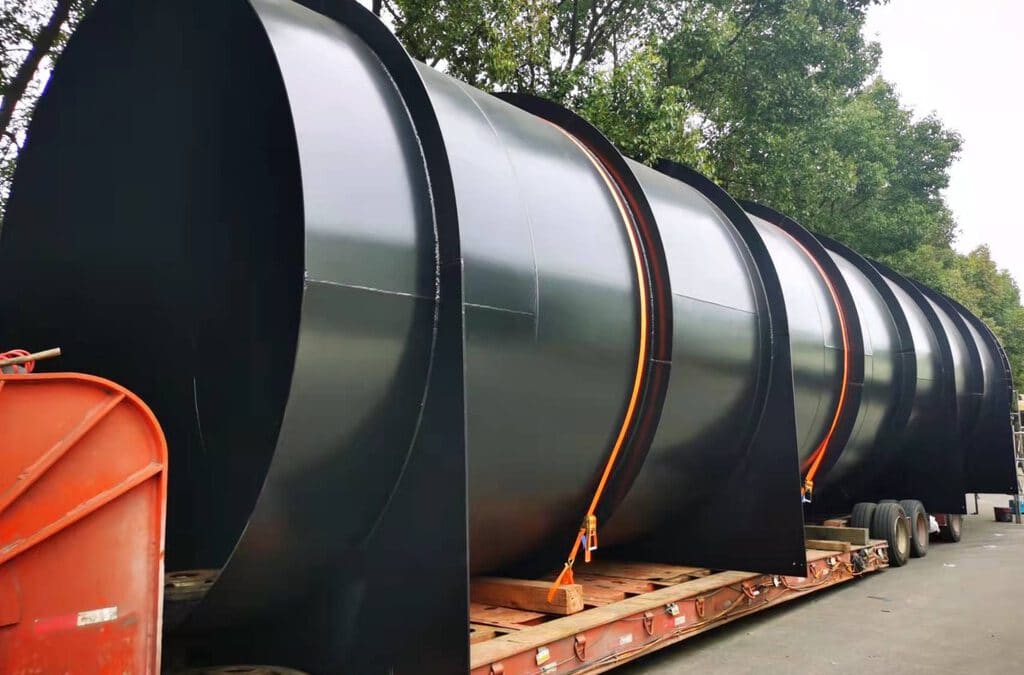 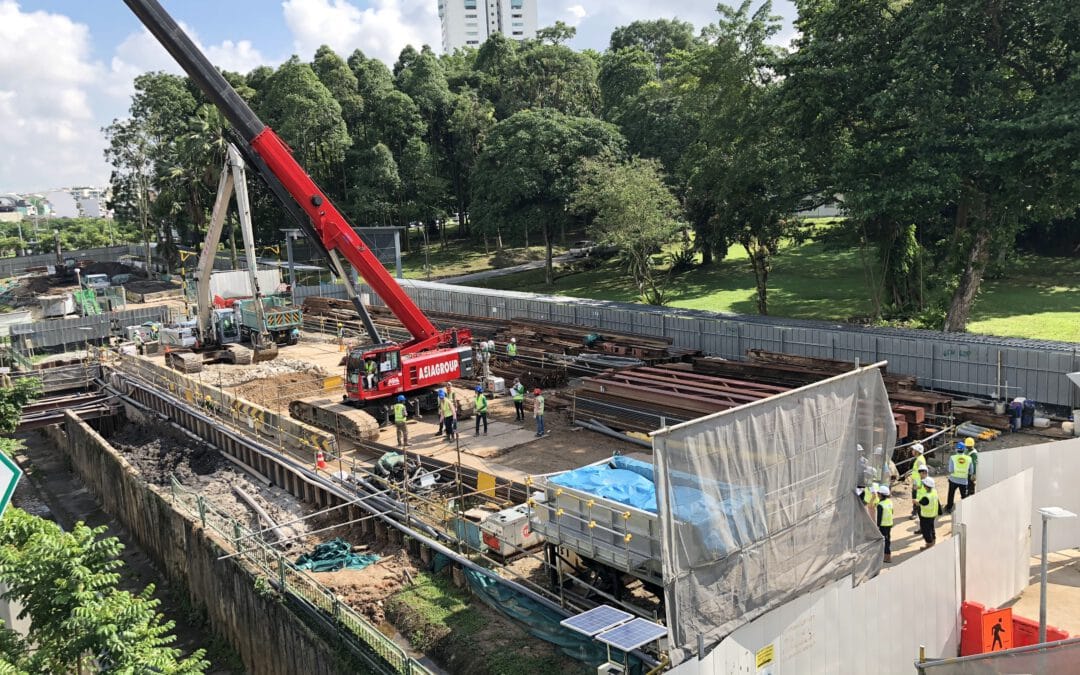 Flood protection and waterfront structures for berthing facilities for harbours and port projects.

Crane Rails and Accessories for Port
and Material Handling purposes.

Consultancy for design
and feasibility studies.

Need to Estimate a Solution?